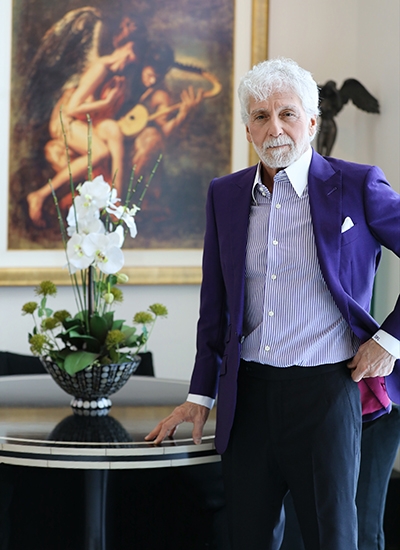 Circo agreed to the sale of Precision Industries in September 2007 to DXP (NASDAQ: DXPE) for $106MM in cash. Also included in the sale of Precision was Chase Maintenance Management System, including a preventative maintenance system and warranty tracking. Circo retained Circo Enterprises, Pacific Realty, and Circo Properties. Circo also retained the technology companies CFO Strategies & Neterprise, and licensed the use of those software strategies to DXP. Retained also was the production company, Circo Productions, which produces music, video, and documentary productions. 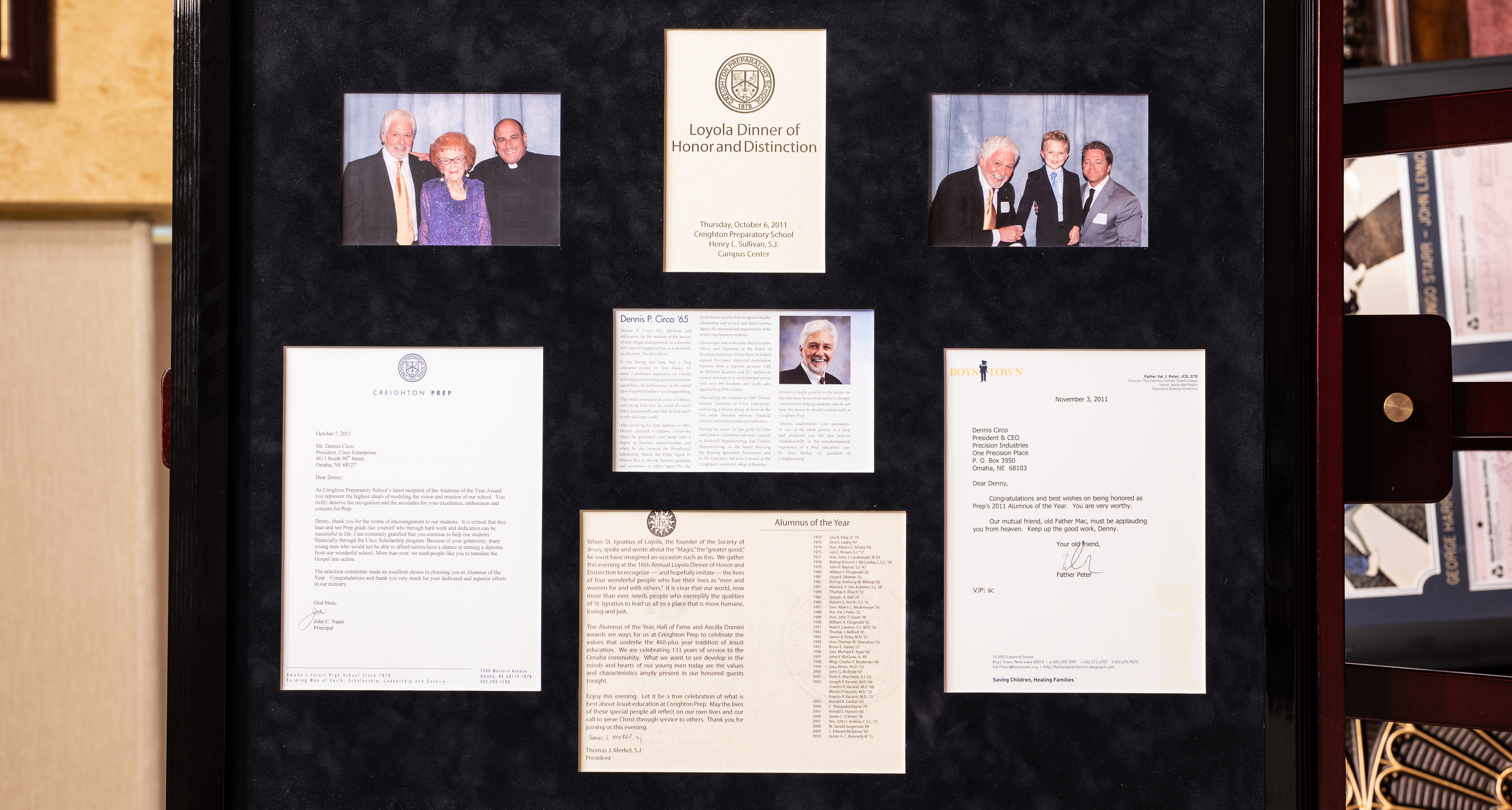 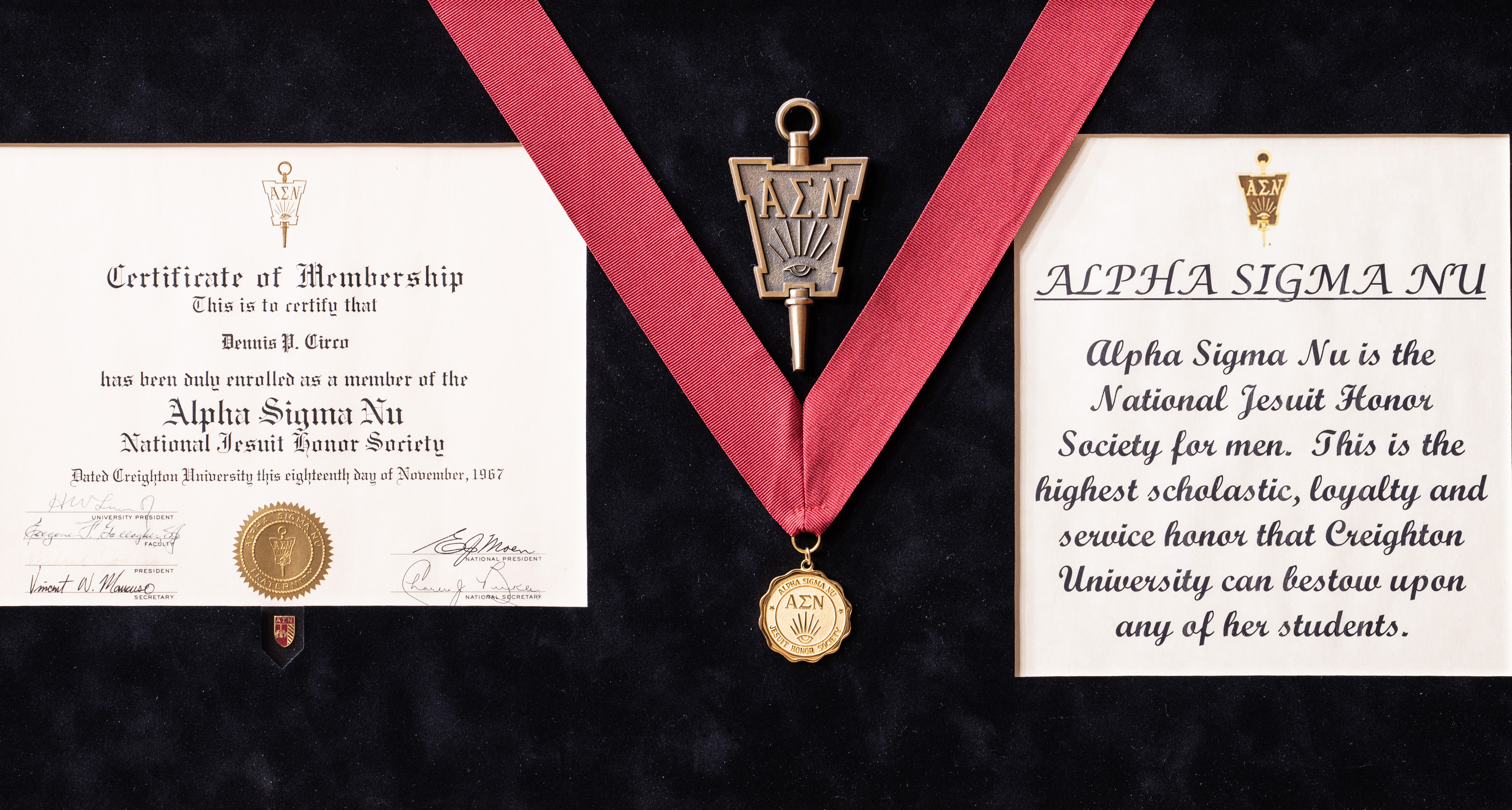 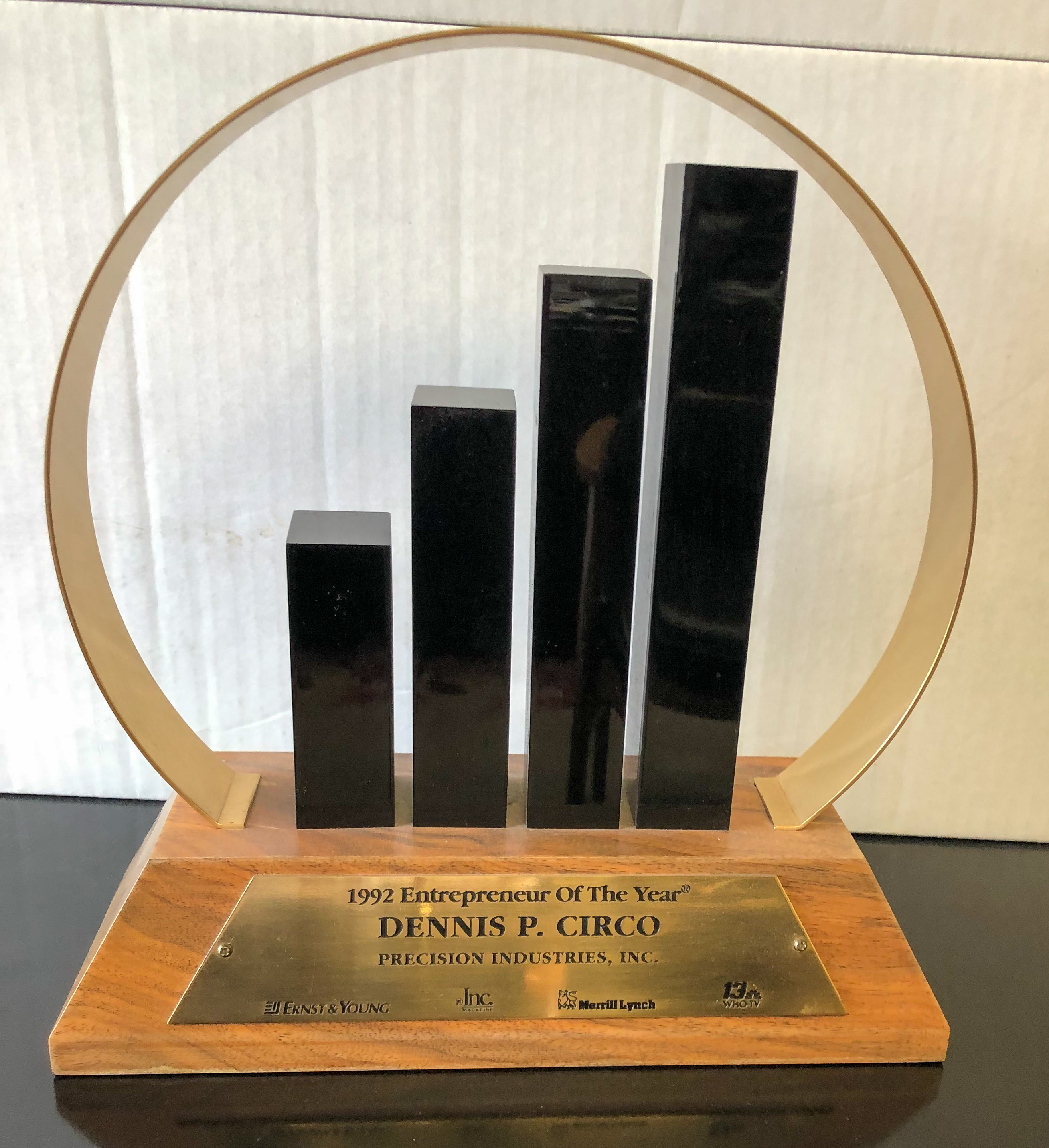 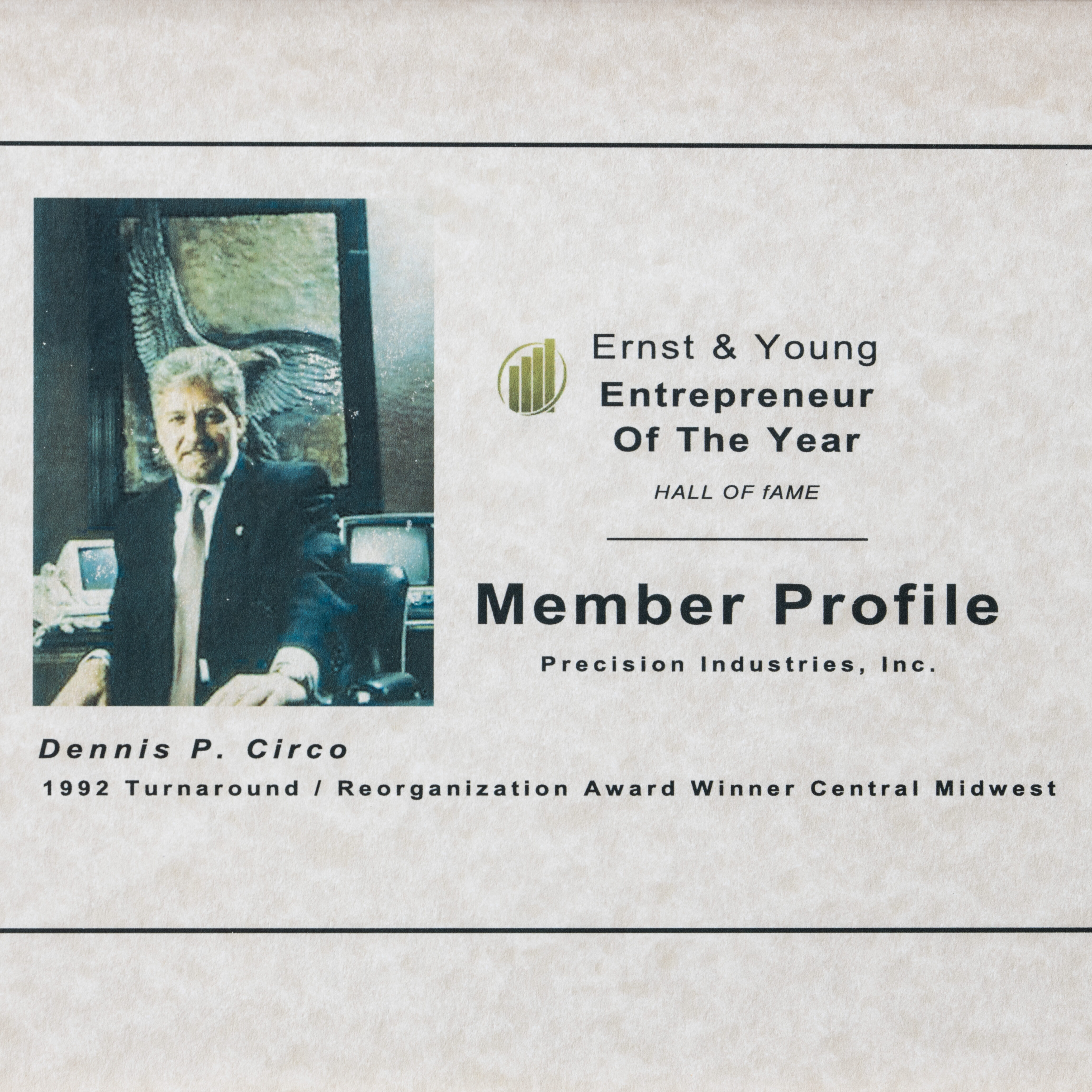 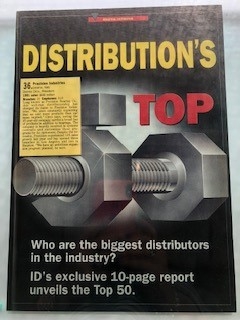 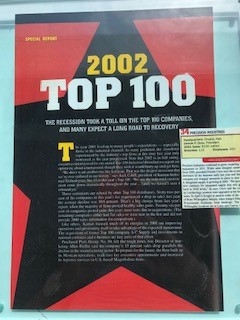 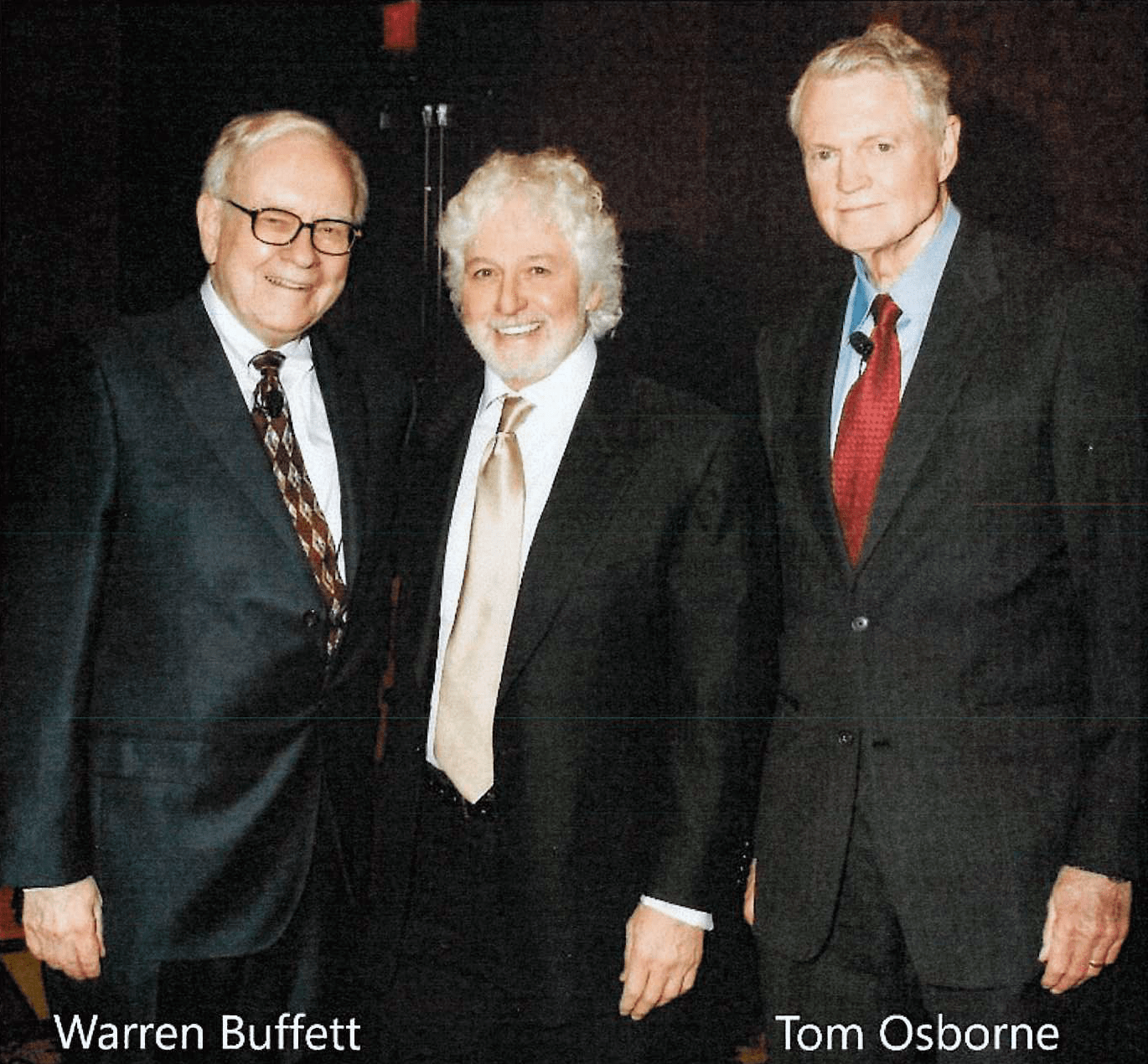 Neterprise
Chairman of the Board/ Chief Executive Officer

Purchased and developed an 18 hole championship golf course and country club with homes and condominiums ranging from $400,000 to $4,500,000. Skyline Woods Country Club was acquired in 1990 by American Golf Corporation headquartered in Santa Monica, CA who at the time owned and operated 177 golf courses, including: 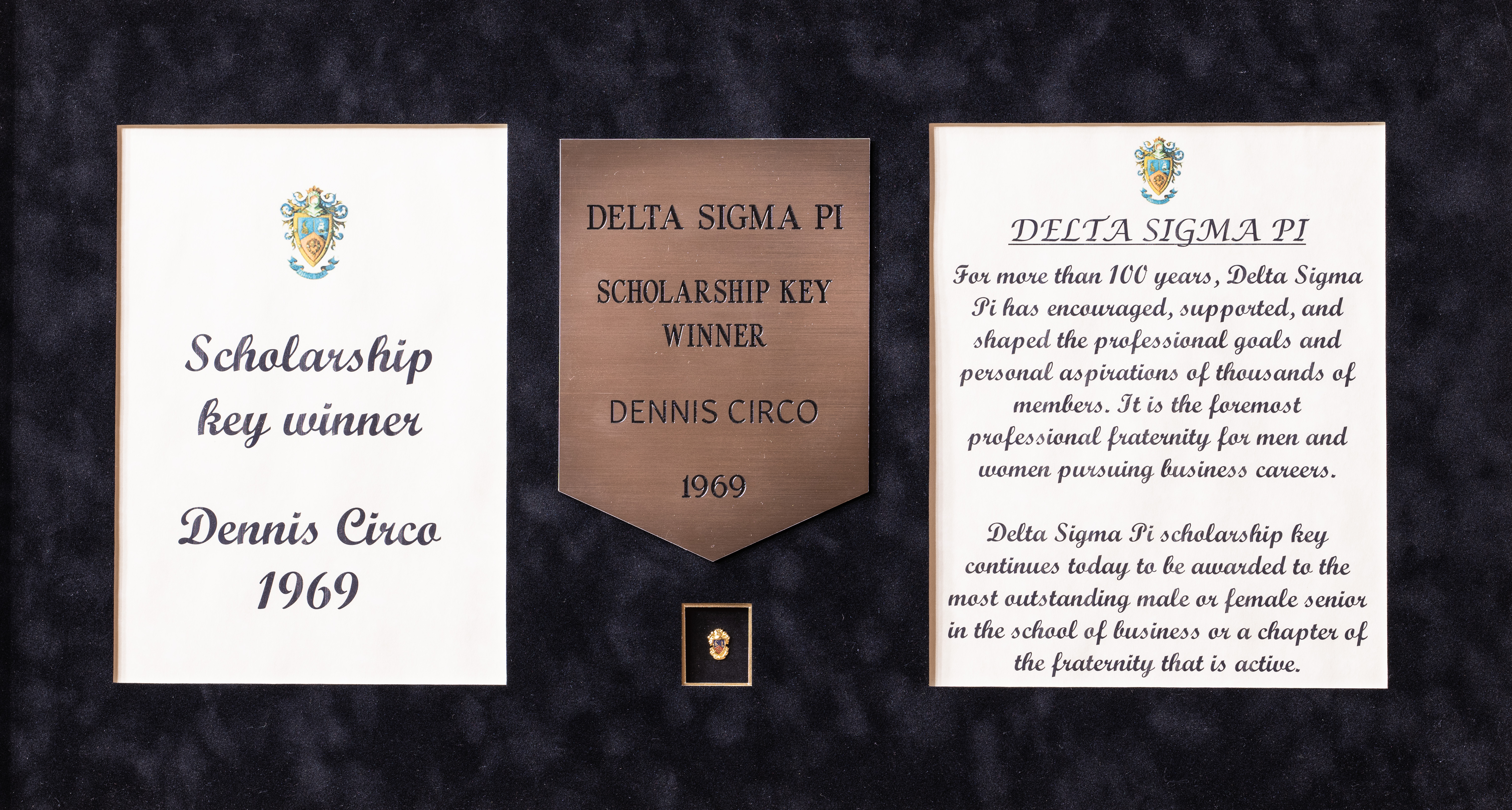 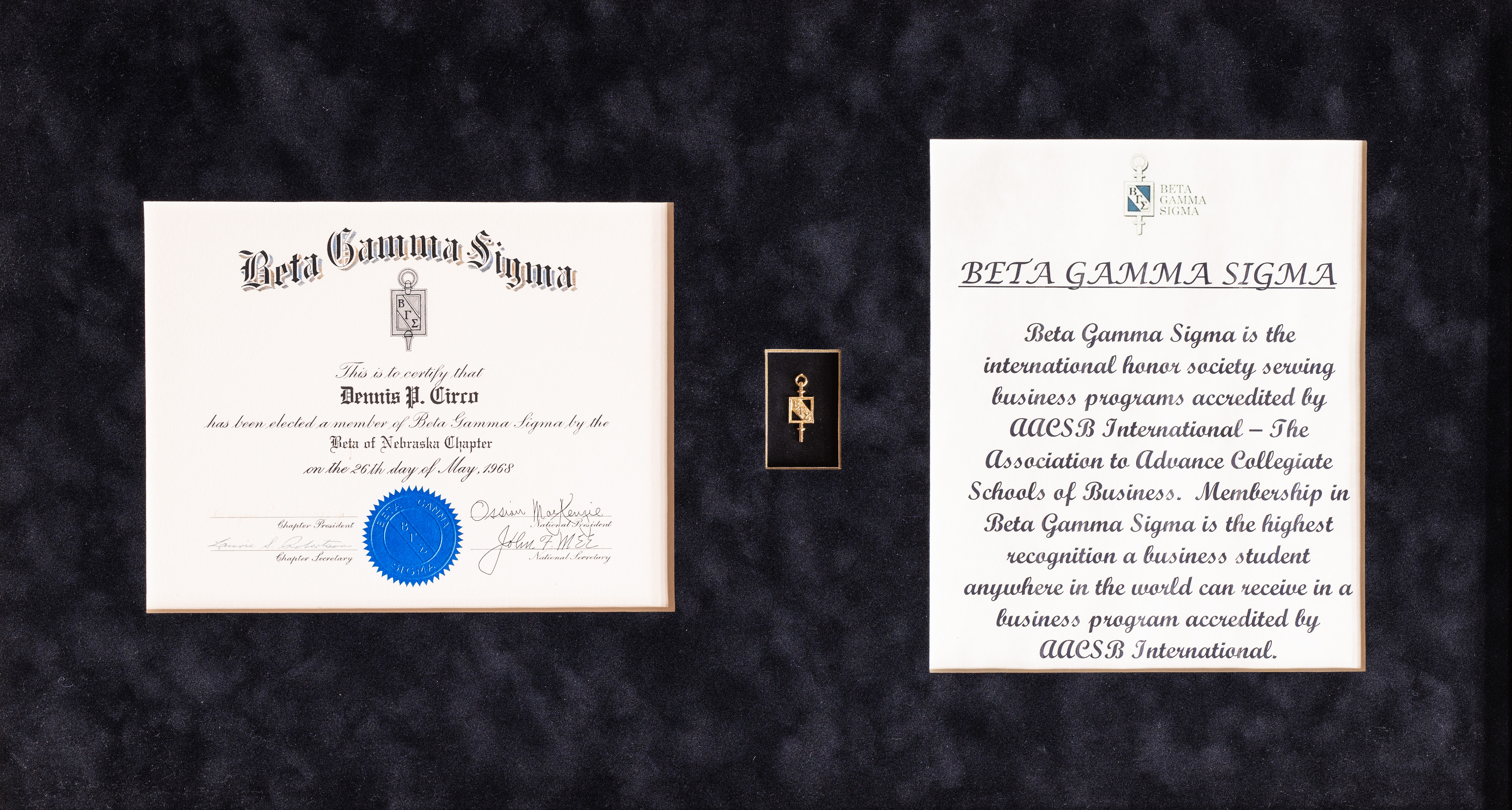 Dennis Circo Addresses the Student Body at
Creighton Prep at the 2011 Alumnus of the Year event
10:26

Dennis Circo Addresses the Student Body at
Creighton Prep at the 2011 Alumnus of the Year event
19:10

Olive & Dennis Circo Speak at the Dedication
of the Dennis Paul Circo Memorial Plaza at Creighton Preparatory School in 2014
12:15

At South High School, Sebastian Circo, owner of Precision Bearing Co., wanted to be either a baseball catcher or a sports writer. However he chipped an ankle bone playing in the state basketball tournament. The wound became infected. It was the turning point of his life.

What had seemed to be a minor injury turned into osteomyelitis. It nearly killed him, permanently damaged his ankle and ran up a
$10,000 bill.

The Circo family could not pay it. It was 1936 and Sebastia11’s father was earning $25 a week shoveling coal.

“I said, ‘I’m not looking for charity but I’ve been on the street for six months and I can’t find a job. Do you have any suggestions. I don’t want any charity. I just want a boost, a word of encouragement, maybe.'”

Marr arranged for Seb, who had studied typing and shorthand, to receive free training from the City of Omaha on a dictating machine.

Circo took the job and applied for a male stenographer’s position at Ahlberg Bearing Company at $15 a week.

Almost accidentally, he had entered the business where he would build a major company with sales of over $40 million a year.

“I studied the bearing business very seriously and sincerely,” he said. He was promoted to salesman then store manager. 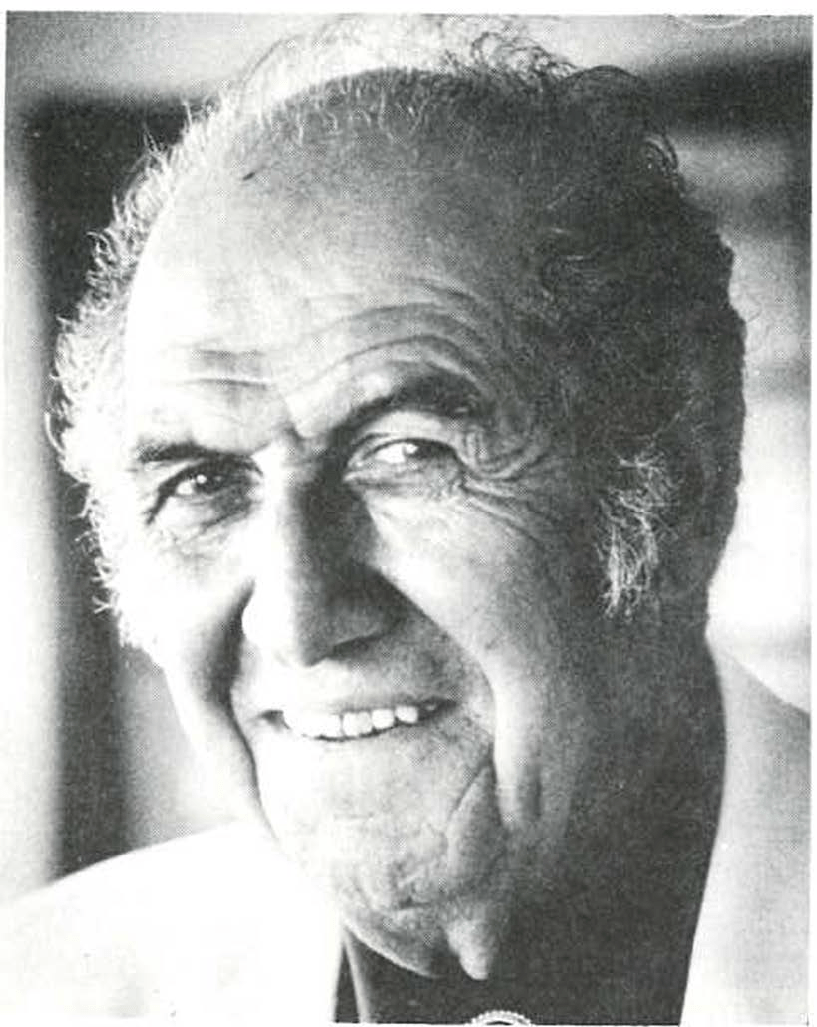 “Now I’m making $200 a month with a car allowance and expense account and I was only 21 years old. I was the youngest manager of 32 stores that the Ahlberg Company had in the United States.”

In 1945, the parent company was having financial problems and closing stores. Circo arranged to open his own store next to Ahlberg’s at 2851 Farnam while continuing to sell for them. He called his new company Precision Bearing.

Circo said he sensed that industrial sales offered more growth potential than automotive sales. In 1947, his brother, Paul, joined him in business.

“Because of my injury, I was a genuine 4-F (during the war),” he said. “I couldn’t hardly walk so I coudn’t get in the service. Paul went in· the service in ’41. Paul came back from the service in ’47, so when he came back I gave him a gift of 50 per cent of Precision Bearing until six months ago, at which time I bought him out.”

In 1956, Precision Bearing moved to 1040 S. 21st St. because of interstate highway construction. It had expanded to serve five or six states. The biggest account was Union Pacific Railroad, followed closely by Burlington Northern Railroad.

Circo credited his son Dennis with much of the later growth of the firm.

“Dennis developed the systems-contract program about 18 years ago,” he said. Under such a program, parts can be ordered via computer without a purchase order.

“It can cost anywhere from $35 to $50 to cut a purchase order and a lot of times, they’ll only be spending $10 or $12 for a bearing. Systems contracting is a big part of our business. We probably have 80 customers that are electronically buying from us.

The Circo Enterprises team is an incredible group of people who are proud to work in a family-owned business with decades of history. Find out more about us here.

Contact us today if you have any questions! Whether you’re based in Omaha, NE, or you’re looking for commercial real estate space outside the state, we have the perfect options for you and your organization!